The great family of the oil cities 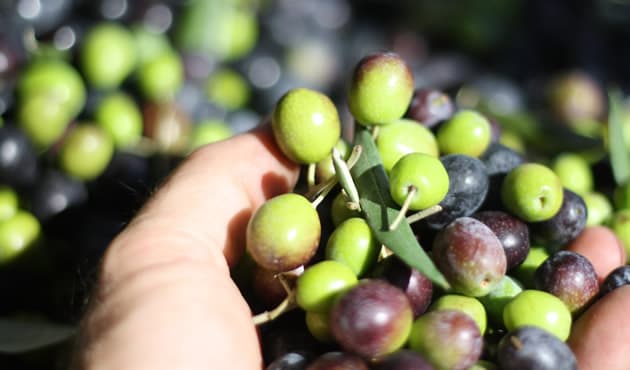 From 2012, the village of Lapio can boast being part of the Great Family of the Oil Cities, the national association which reunites various institutions to promote extra virgin olive oil and the production areas with clear olive growing vocations. The cultivars in our area are many, both of indigenous type and types that can be found in almost the whole country.

In fact, the presence of olive trees in the Avellino area is dated back to Ancient Roman times, of which Ufita Hills secular trees are witnesses. However we can count and describe a few of them:

The Ravece, also known as Curatona or Olivona in the areas of Grottaminarda and Ariano Irpino, is the cultivar symbol of the quality olive growing of Irpinia and its presence in these area is documented since the beginning of 1500s. The plant is of medium strength, with rising branches, with constant production and a medium-low oil yield. The crown is wide and compact, with characteristic green-gray color. The fruits are big, with a late ripening. The quality of the oil produced from these olives, also used for table consumption, has attracted the attention of many experts and it obtained many recognitions from as many awards. Speaking of the oil, the Ravece oil is unique for his aromatic and tasting characteristics, with strong feels of ripe tomato and bitter and spicy taste notes. You can also feel in its taste herbal scents and artichoke notes.

The Marines is a local cultivar spread in the middle valley of the Calore river and in few areas of the Benevento province. The plant has a rising and expanding attitude, with an average compact and wide crown, characterized by medium strength and medium but alternating productivity. It has an early ripening and the fruits are of average size. The oil obtained from the early harvested olives has an average olive color, with green notes of leaf, apple and almond; to the taste it presents medium bitter and spicy tones, along with sensations of sweetness. Its delicate flavor makes this oil well-rounded for any meal.

The Olivella is another typical cultivar from Irpinia especially in the Grottaminarda zone. The plant has a rising attitude, a wide crown with thin branches, and a characteristic medium strength and a good and steady productivity. The olive presents an epicarp like a plum colour and with a lot of small chunks. The Ogliarola from Avellino is one of the most spread varieties in Irpinia, appreciated for the high yield and the organoleptic properties of the oil produced from it. The plant has a medium strength, with rising attitude, but it has many dangling fruit branches. The fruits ripen early and they give a unique extra virgin olive oil with bitter and spicy tones, medium and balanced, and a characteristic olive fruitiness that reminds of apple and other sweet fruits, and herbal tones. Its great taste balance allows for a versatile use.

The Ruveia has no clear origin and there are only few examples. The name comes from the fact that the fruit is always partially green and when ripe it doesn’t become black, but purplish red. The plant has a medium-low strength, with rising attitude but with many dangling fruit branches. It’s not considered self-compatible, it has good yield every year, a medium ripening, particularly uniform and gradual. It’s highly resistant to flies attacks, mange, olive peacock spot and low temperatures.

Buy our products
Visit the shop 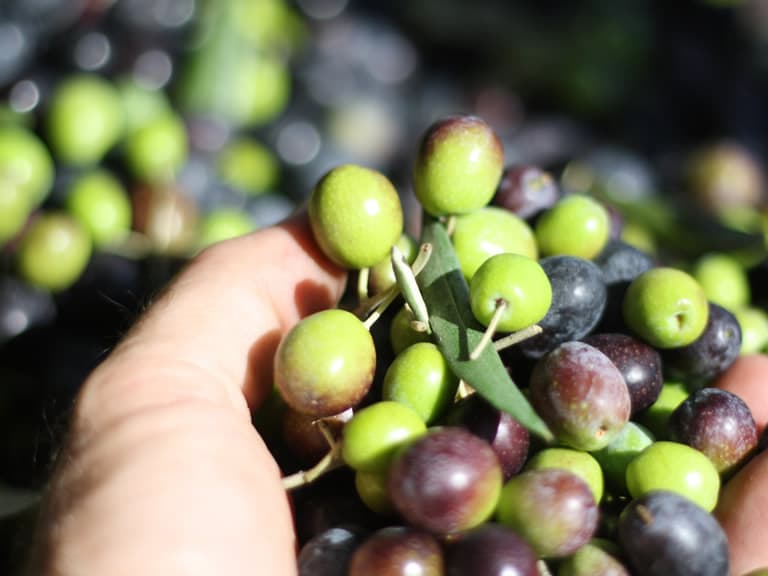 The different cultivars that blend in our extra virgin olive oil